MongoDB is a document-oriented database that is free and open-source. It is classified as a NoSQL database because it does not rely on a traditional table-based relational database structure. Instead, it uses JSON-like documents with dynamic schemas. Unlike relational databases, MongoDB does not require a predefined schema before you add data to a database. You can alter the schema at any time and as often as is necessary without having to setup a new database with an updated schema.

This tutorial guides you through installing MongoDB Community Edition on a CentOS 7 server.

Before following this tutorial, make sure you have a regular, non-root user with sudo privileges. You can learn more about how to set up a user with these privileges from our guide, How To Create a Sudo User on CentOS.

The mongodb-org package does not exist within the default repositories for CentOS. However, MongoDB maintains a dedicated repository. Let's add it to our server.

With the vi editor, create a .repo file for yum, the package management utility for CentOS:

Then, visit the Install on Red Hat section of MongoDB’s documentation and add the repository information for the latest stable release to the file:

Save and close the file.

Before we move on, we should verify that the MongoDB repository exists within the yum utility. The repolist command displays a list of enabled repositories:

With the MongoDB Repository in place, let's proceed with the installation.

We can install the mongodb-org package from the third-party repository using the yum utility.

There are two Is this ok [y/N]: prompts. The first one permits the installation of the MongoDB packages and the second one imports a GPG key. The publisher of MongoDB signs their software and yum uses a key to confirm the integrity of the downloaded packages. At each prompt, type Y and then press the ENTER key.

Next, start the MongoDB service with the systemctl utility:

Although we will not use them in this tutorial, you can also change the state of the MongoDB service with the reload and stop commands.

The reload command requests that the mongod process reads the configuration file, /etc/mongod.conf, and applies any changes without requiring a restart.

The systemctl utility did not provide a result after executing the start command, but we can check that the service started by viewing the end of the mongod.log file with the tail command:

An output of waiting for a connection confirms that MongoDB has started successfully and we can access the database server with the MongoDB Shell:

Note: When you launched the MongoDB Shell you may have seen a warning like this:

MongoDB is a threaded application. It can launch additional processes to handle its workload. The warning states that for MongoDB to be most effective the number of processes that it is authorized to spin up should be half that of the number of files that it can have open at any given time. To resolve the warning, alter the processes soft rlimit value for mongod by editing the 20-nproc.conf file:

Add the following line to the end of file:

For the new limit to be available to MongoDB, restart it using the systemctl utility:

Afterward, when you connect to the MongoDB Shell, the warning should cease to exist.

To learn how to interact with MongoDB from the shell, you can review the output of the db.help()method which provides a list of methods for the db object.

Leave the mongod process running in the background, but quit the shell with the exit command:

Because a database-driven application cannot function without a database, we’ll make sure that the MongoDB daemon, mongod, will start with the system.

Use the systemctl utility to check its startup status:

An output of zero confirms an enabled daemon, which we want. A one, however, confirms a disabled daemon that will not start.

In the event of a disabled daemon, use the systemctl utility to enable it:

We now have a running instance of MongoDB that will automatically start following a system reboot.

Unlike other database servers, MongoDB does not come with data in its test database. Since we don’t want to experiment with new software using production data, we will download a sample dataset from the “Import Example Dataset” section of the “Getting Started with MongoDB” documentation. The JSON document contains a collection of restaurants, which we’ll use to practice interacting with MongoDB and avoid causing harm to sensitive data.

Start by moving into a writable directory:

Use the curl command and the link from MongoDB to download the JSON file:

The mongoimport command will insert the data into the test database. The --db flag defines which database to use while the --collection flag specifies where in the database the information will be stored, and the --file flag tells the command which file to perform the import action on:

The output confirms the importing of the data from the primer-dataset.json file:

With the sample dataset in place, we'll perform a query against it.

The shell selects the test database by default, which is where we imported our data.

Query the restaurants collection with the find() method to display a list of all the restuarants in the dataset. Since the collection contains over 25,000 entries, use the optional limit() method to reduce the output of the query to a specified number. Additionally, the pretty() method makes the information more human-readable with newlines and indentations.

You can continue using the sample dataset to familiarize yourself with MongoDB or delete it with the db.restaurants.drop() method:

Lastly, quit the shell with the exit command:

In this tutorial, we covered adding a third-party repository to yum, installing the MongoDB database server, importing a sample dataset, and performing a simple query. We barely scratched the surface of the capabilities of MongoDB. You can create your own database with several collections, fill them with many documents and start building a robust application.

This tutorial explains how to install and configure Redis on a CentOS 7 server.

Before starting with the tutorial, make sure you are logged in as a user with sudo privileges.

Redis package is not included in the default CentOS repositories. We will be installing Redis version 5.0.2 from the Remi repository.

The installation is pretty straightforward, just follow the steps below:

Redis service will fail to start if IPv6 is disabled on your server.

Congratulations, at this point you have Redis installed and running on your CentOS 7 server.

By default, Redis doesn’t allow remote connections. You can connect to the Redis server only from 127.0.0.1 (localhost) - the machine where Redis is running.

Perform the following steps only if you want to connect to your Redis server from remote hosts. If you are using a single server setup, where the application and Redis are running on the same machine then you should not enable remote access.

To configure Redis to accept remote connections open the Redis configuration file with your text editor:

Restart the Redis service for changes to take effect:

Use the following ss command to verify that the Redis server is listening on your private interface on port 6379:

Next, you’ll need to add a firewall rule that enables traffic from your remote machines on TCP port 6379.

Assuming you are using FirewallD to manage your firewall and you want to allow access from the 192.168.121.0/24 subnet you would run the following commands:

The commands above create a new zone named redis, opens the port 6379 and allows access from the private network.

At this point, Redis server will accept remote connections on TCP port 6379.

Make sure your firewall is configured to accept connections only from trusted IP ranges.

To verify that everything is set up properly, you can try to ping the Redis server from your remote machine using the redis-cli utility which provides a command-line interface to a Redis server:

The command should return a response of PONG: 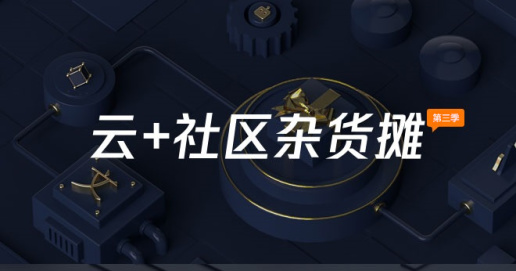