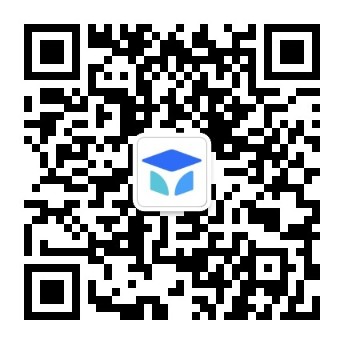 Serverless Architectures. The architecture with the lowest total cost of ownership.

Now Tencent finally has postcards which is an auto scaling daily cases。It really completes the storage for the Serverless Architecture. So key characteristics of this，why people like this is this comprised of these auto scaling services. Most of these you don't have to pay when these Serverless are not running. This typically requires about twice as less about only 50%of the engineering team. And you focus on outcomes down infrastructure. This scale can serve millions of users. These are the top Use-Cases, We most often see with Serverless architectures against dream batch data processing jobs. These are image manipulations, file manipulations from a cloud object storage bucket. to rest API to graph API is very common now. As well as adventure and workflow，and even some edge compute is starting to be a popular use case。

Now，when Serverless architecture started to emerge，the application experience，the developer experience was pretty hard. At the end of the day，there are a lot of cloud services，which you have to know and understand how to use. And that's why we came out with the framework. And what we offer with the service framework is a great developer tool for zero friction application development. One of our big value propositions is the developers can build rest API's data processing，pipeline lines，schedule tasks，without having to be a master or an expert of the cloud infrastructure. So we've got started in 2015，and since then we've been growing pretty rapidly. Github Stars 34,900. But most importantly，I think everybody is who's doing service has kind of adopted the service framework as a standard，because it's open source. And it's very easy as a big community behind it and It's very easy to extend. Some of our big customers are JPMorgan，the bank NORDSTROM，LEGO, Coca Cola ,Nike, Some examples，some case studies for what these customers do with the framework. Coca cola does all of the north American marketing projects with the surplus framework. Nordstrom does almost everything from rest API’s to data processing pipelines. When you go on Nordstrom.com, the retail site Every time a user clicks anything，click stream activity is being sent up to a single surveillance function. And that service function is processing the billions of quick stream events. And using that to personalize the user's experience on Nordstrom.com. So as they click that data，what they are doing goes up to a single cloud function and changes the content on the page.

So they can have an experience that's more relevant to them as they shop. Nordstrom also the again they have about four thousand five thousand functions now. Doing everything from data processing pipelines to the click stream activity to rest API is power and customer facing experiences. Our school sports is a recent new user of ours or they've been service for a couple of years. But what is most exciting about them as they were a startup？That went mostly surplus. They have the small teams ball engineering team. They decided to do most of the Serverless architecture. And they recently sold to a much larger company for about $500 million. I think Serverless help them. Do a lot more with less resources leading to a great outcome at the end of the day.

About a few months ago，we announced our partnership with Tencent cloud. This was very exciting for us，the Serverless, our company，because this is the first time we had the opportunity to pair with a cloud provider，who was very interested in being the premier service infrastructure provider in the world. So Tencent came to us and said that they wanted to build the world's best service cloud infrastructure. They want to give developers everything they needed all types of infrastructure that's auto scaling. They never have to pay for idol. And that was very exciting to us. And also I wanted to partner closely with us，and offer us the opportunity to really control the developer experience on top of the next generation surplus cloud infrastructure that they be building. This was an extraordinary type of partnership. We jumped at the opportunity to park with them. And our goal with this is we want to offer a service cloud experience，rethinking the cloud from a surplus perspective. We want to offer the best service cloud infrastructure. Things from service cloud functions to API gateway products all the way to Tencent new a service post grass. So the best cloud service cloud infrastructure combined with the best possible developer experience that working very closely working quickly and since we announced our partnership in November of 2019，today we are excited to announce that Tencent Serverless Framework is now generally available. This is a custom slick experience for developers，especially in china，this is an experience just for them. And this represents probably some of our most progressive ideas，some of our most advanced ideas for how you build and maintain applications.

So our gold with this project，we're really about 3 specific goals.

Number two, We think that for developers，one of the most important features is speed. We think speed is the killer feature，and that is enabling developers to work as fast as possible without distraction. Without getting slow down，especially by deployments，pushing their changes to the cloud. So if you're serious about cloud software development and especially Serverless development，those services only exist on the cloud. We want to make sure that developers can push their changes to the cloud as fast as possible without having to sit around and wait.

Lastly，a rapid development in addition to fast deployments. We wanted to make sure that developers could get feedback from their changes as fast as possible via Logs, a debugger that runs live. That allows you to step through your cloud a code on the live cloud infrastructure. So let's take it from the top here and dig into each one of these.

Next Fast Deployment. This is a big one for us. This is something we have been working on for a long time. Traditionally，when you're pushing changes to the cloud，it can take 60 seconds，a full minute or much longer. So what we've been focused on is just reducing that time to around five seconds right now. That is our average. We still have a little ways to go there. But in general，this is the fastest deployment experience. That's available today when it comes to on the cloud. So we are trying to make that deployment experience as fast as possible. But now as a developer, You could easily spin up your development，environment to your testing environment，and staging environments，even just a whole other environment for a specific feature. And you can deploy quickly write your code change and deploy quickly to see your change on the live cloud services. And the most important part is these cloud services. That the developers are working on are the same cloud services that gratification will run on in production. So there's be no surprises，no differences. When you push those changes over to production，and you won't have to compromise on speed. So you push it，you write your code，and you push the deployment to the cloud really quickly. Some of our inspiration here is to try and copy what the front and community is doing with hot bonds and reloading. We hope to get to a point where your changes are pushed to the cloud uh instantly. We made a lot of progress. And we will be all of this shortly.

Lastly is rapid development, so giving developers experience that they're familiar with，so they can work with express，and then allowing them to deploy that to the clouds and deploy changes. It's fast as possible. And where our first two goals and they all kind of play into this. And that is a great development experience. That's really fast. And lastly，the last part of that is feedback how you get errors，how you get feedback from the changes that you push to the cloud. So with this new announcement，we have a whole new surplus death mode. And if you run service death with the framework，we're doing a few things. So watching your code and auto deploy every time you hit safe. So as you work in your text editor and you make that code change and you hit save，we're going to use our fast deployment technology to push the change to the cloud.

Instantly, while death mode is open as you interact with your application，whether it's a certain a single service cloud function or a whole express JS application，when you interact with that，all of the coming from them，application running on the live cloud services are going to stream to see a lie in real time. It is instant，it is fast. And you will get，you'll see every single console statement that you do as well as errors. Be streamed in real time to your CLI so you can see feedback on your changes immediately.

Third，we're also offering a debugger that allows you to step through your code on the live cloud services. And when you run surplus death，you're going to get a u l that allows you to open up that debugger and actually see what's going on in your service cloud functions. So that you could inspect the environment and debug more quickly. All of this is available today. Again，just going over our goals. One last time allow you to focus on applications. Not infrastructure，I used to deploy as fast as possible to the cloud and then allow you to iterate and have rapid development be a real time streaming logs. Streaming errors，code watching and live debugging on the cloud.