Because the bug report has 150 comments already, I’ve tried to summarize it here.

There appear to be two issues here: HDD spin down and “Power cycling”, whereas the first one has a

relative short default (60 seconds), but the latter one gets the most complains (it’s about Load_Cycle_Count).

The disk Load_Cycle_Count issue appears to be caused by a combination of two problems — The first is overly-aggressive power management from what might be considered buggy hardware. The second is that Ubuntu appears to be touching the hard drive on a regular basis for one reason or another.

Note: In sections below relating to how to prevent damage to your hard disk, you should replace $HDD everywhere with your device, e.g. “/dev/sda” or “/dev/hda”. If you have several harddrives, you need to change it accordingly and duplicate lines in workarounds.

You can check the current value of Load_Cycle_Count of your harddrive(s) using:

(You need the smartmontools package for this. I also had to enable SMART monitoring for my drives using sudo smartctl -s on $HDD)

The values for this differ a lot (e.g. it’s 0 on my desktop), but it goes up to > 600.000 for others, depending on the lifetime. TODO: add a section with sample values (including the value of Power_On_Hours).

It appears to be the official policy of Ubuntu that by default, Ubuntu should not adjust any power management settings of the harddisk. Unfortunately, this policy has two negative effects: It leaves quite a few people with broken hard drives that would otherwise not be broken, and it quite simply makes people who love Ubuntu feel neglected. This issue has been going on a long time.

The problem appears to be that some manufacturers’ defaults are too aggressive and that Ubuntu might cause too many unbuffered disk accesses — the combination of which can cause over a thousand parks a day on some systems.

In power.sh also the spindown timeout gets set, according to SPINDOWN_TIME from /etc/default/acpi-support (default: 12). This results in spinning down the harddrive after 12*5=60 seconds of inactivitiy. This does not influence Load_Cycle_Count however.

Blue has created a script, which acts as a wrapper around hdparm and logs, where it’s called (including its arguments) From his report, it appears that hdparm always gets called through apm or the init script (the logfile excerpt appears to be from booting).

TODO: provide said helper script, allowing others to help to debug this.

Various workarounds have been provided.

There are different methods to keep this setting after reboot/resume. Your mileage may vary. There may be more workarounds in the bug report, but essentially, all are using “hdparm -B” to change the apm handling of the harddrive.

Gilles posted the following workaround: Create a file called 99-fix-park.sh (keep the ’99-‘ and the ‘.sh’, but you can name the file as you like otherwise) with the following two lines:

and copy it to the following directories: /etc/acpi/resume.d/ and /etc/acpi/start.d/ (

https://launchpad.net/ubuntu/+source/acpi-support/+bug/59695/comments/19) Here’s another more verbose setup of laptop-mode-tools from Michael:

This bug report has attracted a lot of concerned Ubuntu users and it seems quite clear from the user feedback, that other operating systems/distributions handle this better. However, the workaround should be quite simple and this wiki page is a first attempt, to fix this for the better.

Please leave any comments/additions here. You may also edit the page directly, but please try to be clear and helpful. The problem has been confirmed and we know that it’s a critical thing – please do not repeat that the bug status should be critical.

Could you kindly explain how to diagnose whether the settings on a system, at a point of time, are correct. I have followed the instructions but still find the load cycle count increasing. How do I diagnose the problem? 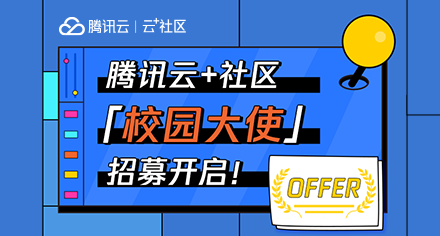