1.“A Good Man is Hard to Find,” Flannery O’Connor

Few short stories have stuck with us as much as this one, which is probably O'Connor's most famous work — and with good reason. The Misfit is one of the most alarming serial killers we've ever met, all the more so for his politeness, and the story’s moral is so striking and terrifying that — whether you subscribe to the religious undertones or not — a reader is likely to finish and begin to reexamine their entire existence. Or at least we did, the first time we read it.

This story is very short, but pretty much perfect in every way. Though Barthelme is known for his playful, post modern style, we admire him for his ability to shape a world so clearly from so few words, chosen expertly. Barthelme never over explains, never uses one syllable too many, but effortlessly leads the reader right where he wants her to be. It's funny, it's absurdist, it's sad, it's enormous even in its smallness. It may be this writer’s favorite story of all time. You should read it.

3.“In The Penal Colony,” Franz Kafka

Kafka called this one his“dirty story,”and thought it imperfect, but it's one of our favorites of his (though we also recommend “The Hunger Artist”and“A Country Doctor”). It's so obviously a story about writing, in some ultimate way — a machine punishes its victims by writing on them over and over until their bodies give out — but its as if, while the body is the source of every problem in the tale, every weakness, it is also the only place where true knowledge can be translated.

Another short one, we revere this story for its ability to turn every tiny detail into a portentous disaster, not to mention the fact that it's penned in Nabokov's effortlessly gorgeous, silvery prose. An old Jewish couple goes to visit their son in the mental hospital, only to be turned away because he has attempted to kill himself. And that's it, really. They go home and look though a photo album, eat some jam. The phonerings. But the whole thing is, perhaps, both a comment on the nature of insanity and the nature of the short story itself, with all its rules and strangeness and banality. And all its symbols, of course.

Chekhov's stories are indisputably among the greats, and this one, written rather late, is one of our favorites. Chekhov probes at both the frailty and the worth of humanity, not to mention the natureof life, both for the fortunate and the unfortunate. But like most of Chekhov's stories, there's no clear moral, there's no obvious takeaway. Some men sit around and discuss their thoughts, and we listen, mulling over the subtleties for ourselves.

“Sea Oak” is Saunders's favorite of his own stories, we've heard, so because we find it so hard to choose among them, we've included it here on his own recommendation. Absurdist and satirical, and including at least one zombie shouting at her housemates to get laid, it's a weird one. But it's also concerned with placelessness, with family, with poverty, and like all of Saunders's stories, has a good, thumping heart under all that darkness and fun-poking.

7.“The Ones Who Walk Away From Omelas,”Ursula K. LeGuin

LeGuin's parabolic tale, which won the Hugo Award for best short story in 1974, is a weird, spacious story about a city that seems to be a utopia — except for its one flaw, the single child that must always be kept in darkness and wretched misery so that the others may all live happily. Most of the citizens eventually accept this, but some do not, and silently leave the city, vanishing into the world around. Strange but pointed, Le Guin is a master of her genre.

This tale, from one of the greatest science fiction writers in history, is deliciously wicked. Though it was written in 1950, this kind of story — of children driven mad by want, of technology turning on its masters — will never get old. Until technology actually turns on us, that is. Then we probably won't want to hear about it.

9.“The Bear Came Over the Mountain,”Alice Munro

The undisputed queen of the short story, Alice Munro’s work is stark and often heartbreakingly raw, and this story of memory loss and the aching tenderness of human interaction is no different. Fun fact: this story was adapted into the film “Away from Her”, starring Julie Christie and Gordon Pinsent.

Gogol might be the oldest writer on this list, but he’s also one of the weirdest — in a good way. Nabokov once wrote, “In Gogol…the absurd central character belongs to the absurd world around him but, pathetically and tragically, attempts to struggle out of it into the world of humans — and dies in despair.” What else can an absurd noseless man do, after all? 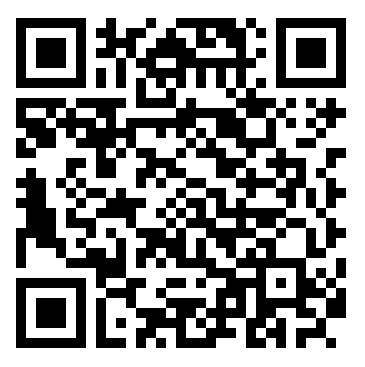